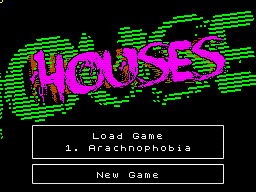 The horror genre comes from folklore and religious traditions, in which demons, evil, embodiedment of bad things, obviously, death takes place. Europeans has a long story of horror, but the best stuff that lives today mostly as it was, comes from Roman Christianity of 313 A.D. And - I mean - everything that came from that: from the religion itself to its opposites, like satanism, paganism, non-believers and heretics, and their massacre by Roman Catholics.

The humanity lived the horror genre literally religiously and spreaded them around the world and the ages to make others aware of the greatness of the gods. Our mutual (and sadly colorful) skepticism we like so much toned down these believes, downgrading them to evocative stories... and eventually converting the almighty gods of religions, like the Greek deity and titan Prometheus, to the monsters of a brand new literature genre, like Mary Shelley's Frankenstein.

Going fast forward, the first movie considered as horror genre is Le Manoir du Diable by Georges Méliès, made in 1896. Counting that the first kinetoscope film shown in public exhibition was in 1893, just few years before, it's easy to understand that cinema was inspired by many aspects of horror literature from the very beginning, since giving life to the fears once for all, depiting death, supernatural, gore, mutilations and murderings in more and more accurate ways, was an opportunity to hard to miss.

But, if movies were hungry of special effects, videogames were looking for everything else in horror by design: bloody villains to beat, deadly monsters to beat and ghosts to run from. The first survival horror game was Nostromo by Akira Takiguchi and published in 1981 by ASCII, in which the player had to escape from a spaceship with limited resources and running from an invisible and deadly alien. In the same year, the western Atari published Haunted House (1981), a more action oriented game in which the player, that can bring with himself just one item at time, had to escape from a haunted house (this time) with an urn.

From there, the game genre evolved in any direction around the world, with scary realistic graphics, new stressing game mechanics and clever psychological tricks, mixing together and exchanging ideas with the other medias.

And come to think of it, fear is probably the best example of something the ties the whole humanity together across the space, time and expressions.

You are a psychologist that can lift people from its phobias from the inside. But at what price?

Use UP/DOWN/LEFT/RIGHT for moving around and the POINTER for moving the reticle, looking around and aiming. Use the POINTER BUTTON for firing with your current weapon. This time the game is thought for the mouse/keyboard combo, so I suggest you to play it with them instead of using a touch screen. Finally, try to set the DOM renderer in the game settings for a better famous indie game that inspired this game look.