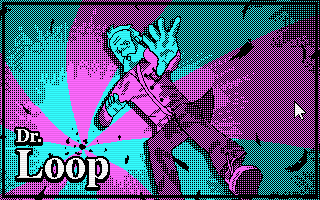 Zork (1977) by Infocom is one of the earliest and most famous interactive fiction computer games: the player had to explore the ruins of an ancient empire lying underground using text commands only and reading the outcome of his actions. No graphics, no sounds: immersivity was given just by its good storytelling, its original dialogue design and its fairly good text command parser.

Despite many hardcore gamers says that videogames are meant for gameplay, limiting the media to its name, storytelling had been one of the pillar of videogames from the very beginning. They escaped the laboratories in which they were living since the 50s just after Steve Russel and Wayne Wiitanen stick a simple story to them, with Spacewar! (1962).

We had to wait several graphic quality bumps in order to have that Donkey Kong (1981) that started visual narration in videogames but, meanwhile, a rush of text narration games flooded the market, starting from Colossal Cave Adventure of the 1977.

These games are graphically limited but, actually, they were way ahead of its time in terms of videogame narrative: they were exploring the true potential of freely interactive narrative of videogames that nowadays we just smell in the modern open-world genre and in some virtual reality experiences.

And all that armed just with paragraphs of text smartly arranged and a humble text parser.

So there are the alternatives for who is deciding if and how to ride the chatbot wave today: are you going to wait the next technology bump to see what happens and hoping to be the next Donkey Kong, or are you are going to arm yourself with a a good storytelling, original dialogue design and a fairly good text command parser and explore the boundaries of new narratives?

Take your time. Think about how much you can and want to wait. Think about what means waiting and trying hard on something impossible in this historical age of the market.
Just remember that there is only one Donkey Kong that is part of the videogame media history and, despite its appearance on the world, designers are still using any trick in order to create new experiences. Yes. Still a good storytelling, original dialogue design and a fairly good text command parser.

Can you see the time loop now?

You are Dr. Loob and... well. Uncover the game plot by yourself! Hit anywhere on the screen for toggling the onscreen keyboard and then select the letters for typing in the commands as you do on a regular keyboard. Follow the text on screen and remember that you can type the HELP command anytime to see what you can do. Good luck!